Better Together At Ledger

Northwest Arkansas is a region where individuals contribute ideas and talents to build a beautiful, thriving community. Ledger in Bentonville is a building currently under construction that, if utilized well, will enhance people’s part in the blooming region. Everything from Ledger’s architectural design to its motif of Ozark bugs carrying gems drives the building’s purpose of collective creation.

The 230,000 sq. ft. building was a project that started with the intention of meeting the community's need for co-working spaces, but it evolved into something more. Being located in the Mountain Biking Capital of the World, Ledger became the world’s first bikeable building quite naturally. The six stories of ramps on the building’s exterior practically spell out the building’s name as well, mimicking the lines and layers of the Ozark Mountain ledges. 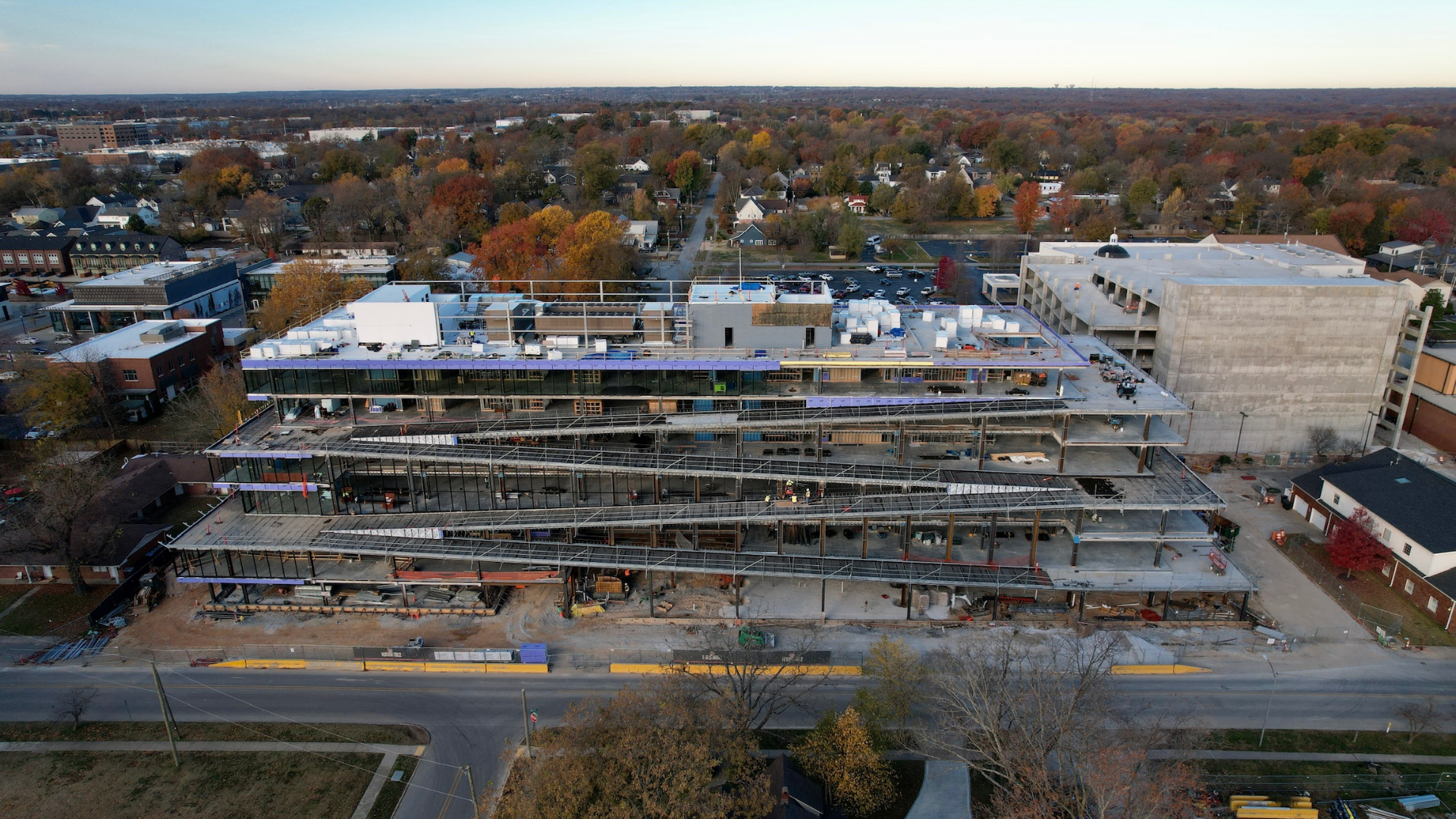 It was the production crew leaning into the creation of something hyper-local and people-centered that turned Ledger into an architectural masterpiece incorporating the community’s pillars of work, play, and togetherness. The building designers drew from Bentonville’s artistic and active culture and created a city center meant to propel its occupants in work, creativity, and adventure. The pedestrian ramps describe and invite the momentum both inside the building and outside.

Mary Best, the Director of Operations and Community at Ledger, said the building was “built to be an ‘extension of’,” leveraging the central location on Main Street intentionally to inspire motivation and movement. 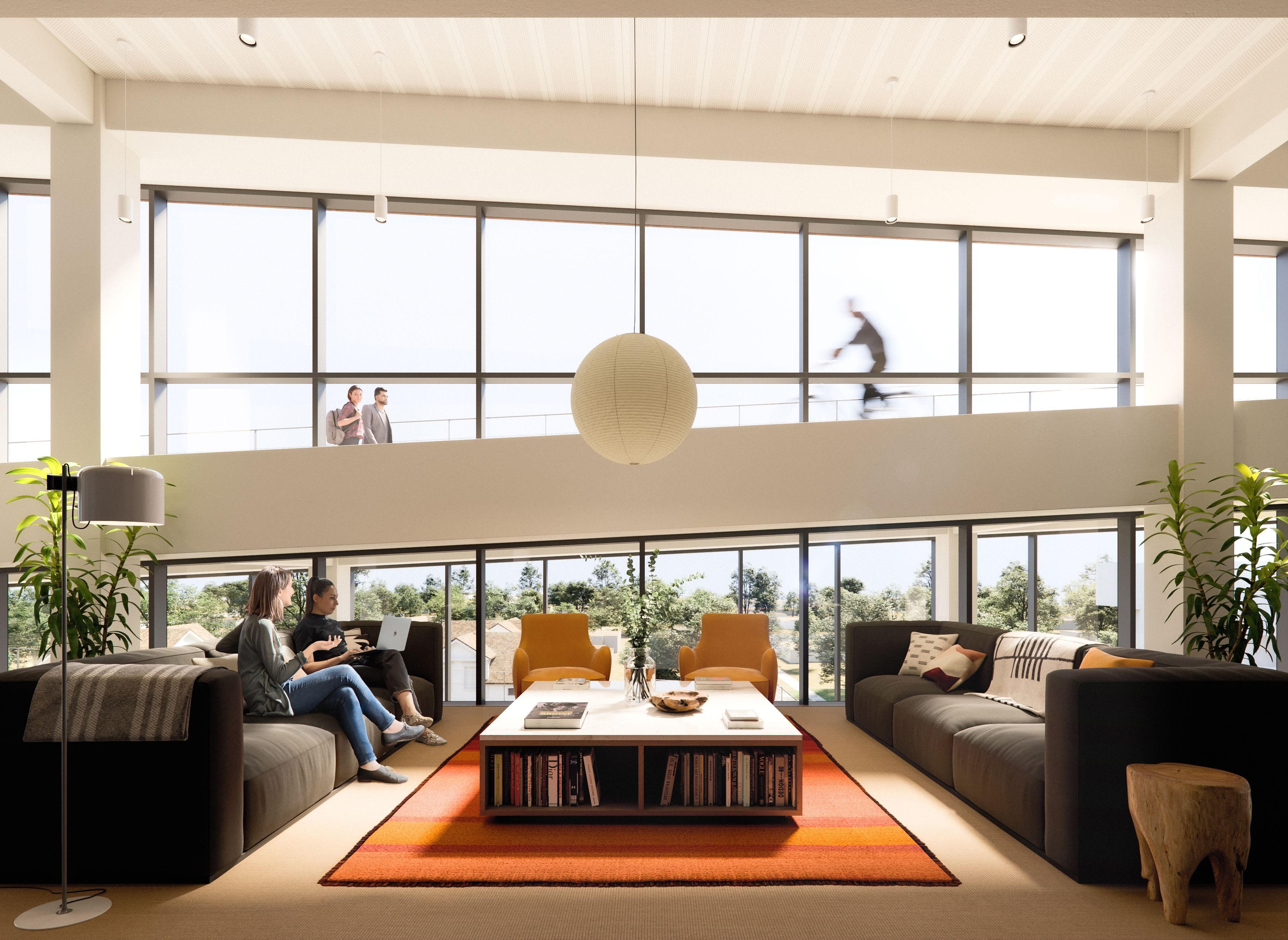 Ledger was initially a response to the cultural wave of desire for employee-first, flexible office spaces, though it grew beyond the traditional coworking concept into a collection of shared, open spaces for artistry, productivity, and life. It adapted into a community hub, or “an experience building,” Best said, “built for anyone to come and engage with it.”

With future programming, Ledger will be a destination for the community to gather and participate in events with a membership system similar to Crystal Bridges’ and The Momentary’s. The building will be primarily rentable coworking and event spaces with five floors dedicated to providing bookable, comfortable environments for working and gathering. The first floor will be open to the public and have retail shops and a coffee shop for the community and visitors to enjoy. The building is specifically designed, however, for patrons to engage in innovation and profitable productivity, Sarah Day, Ledger Marketing and Small Business Sales Lead, said. 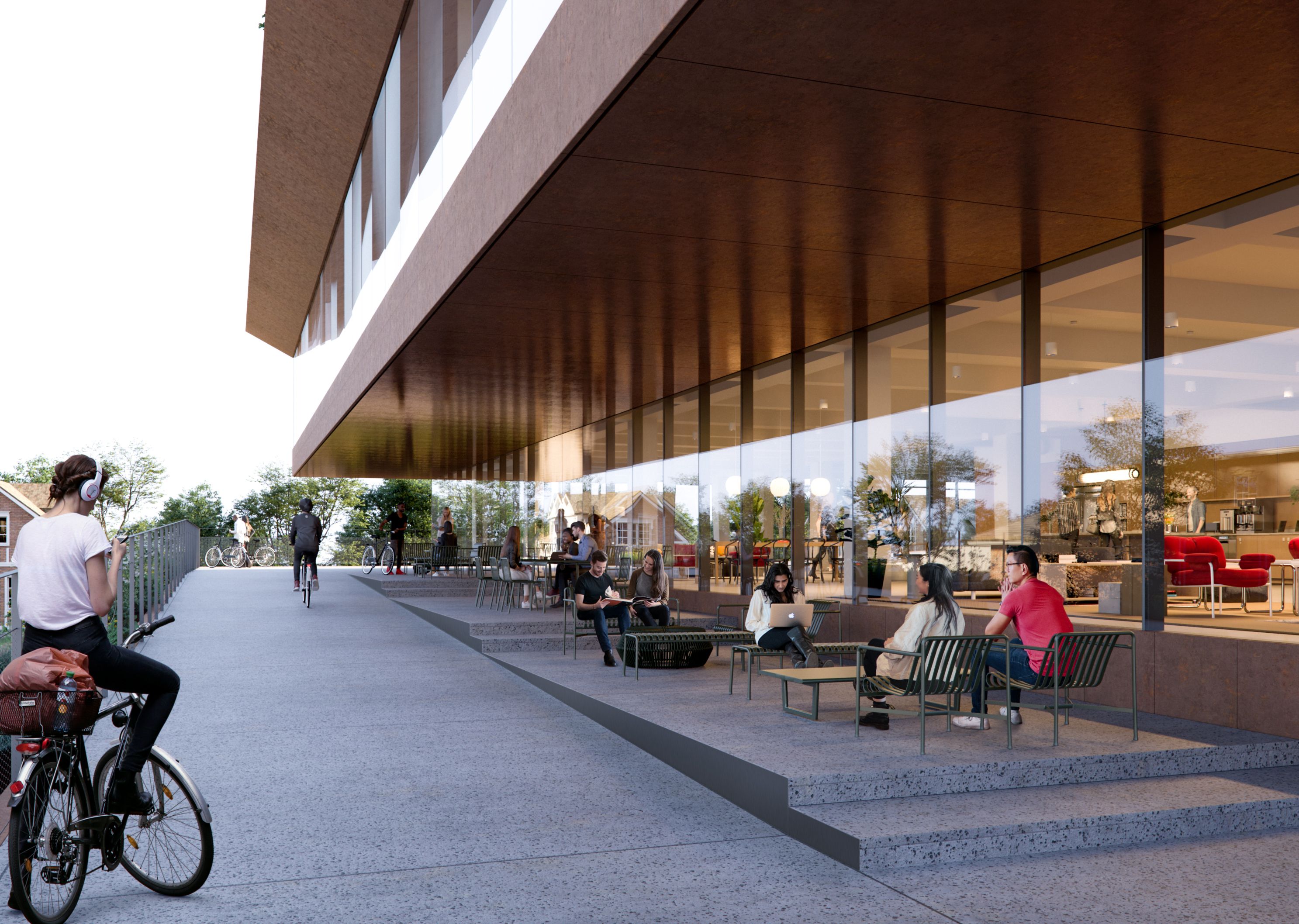 “We say it all the time, this isn’t a silo,” Day said. “We don’t want people to stay in this building and never go explore downtown.”

Ledger is intended to be an extension of the downtown experience. Like the bike paths throughout the Bentonville streets, the ramps will be open to the public during business hours. They will also host the largest art installment at Ledger featuring the project’s motif – Ozark bugs carrying gems. There will be 150 hand-tiled mosaic bugs ranging from 4ft to 7ft long, making them hard to miss. They will be depicted as heading toward the top of Ledger to collectively, with their gems, create something bigger than themselves, which is “an ethos for the building, for the community, for Northwest Arkansas,” Best said. 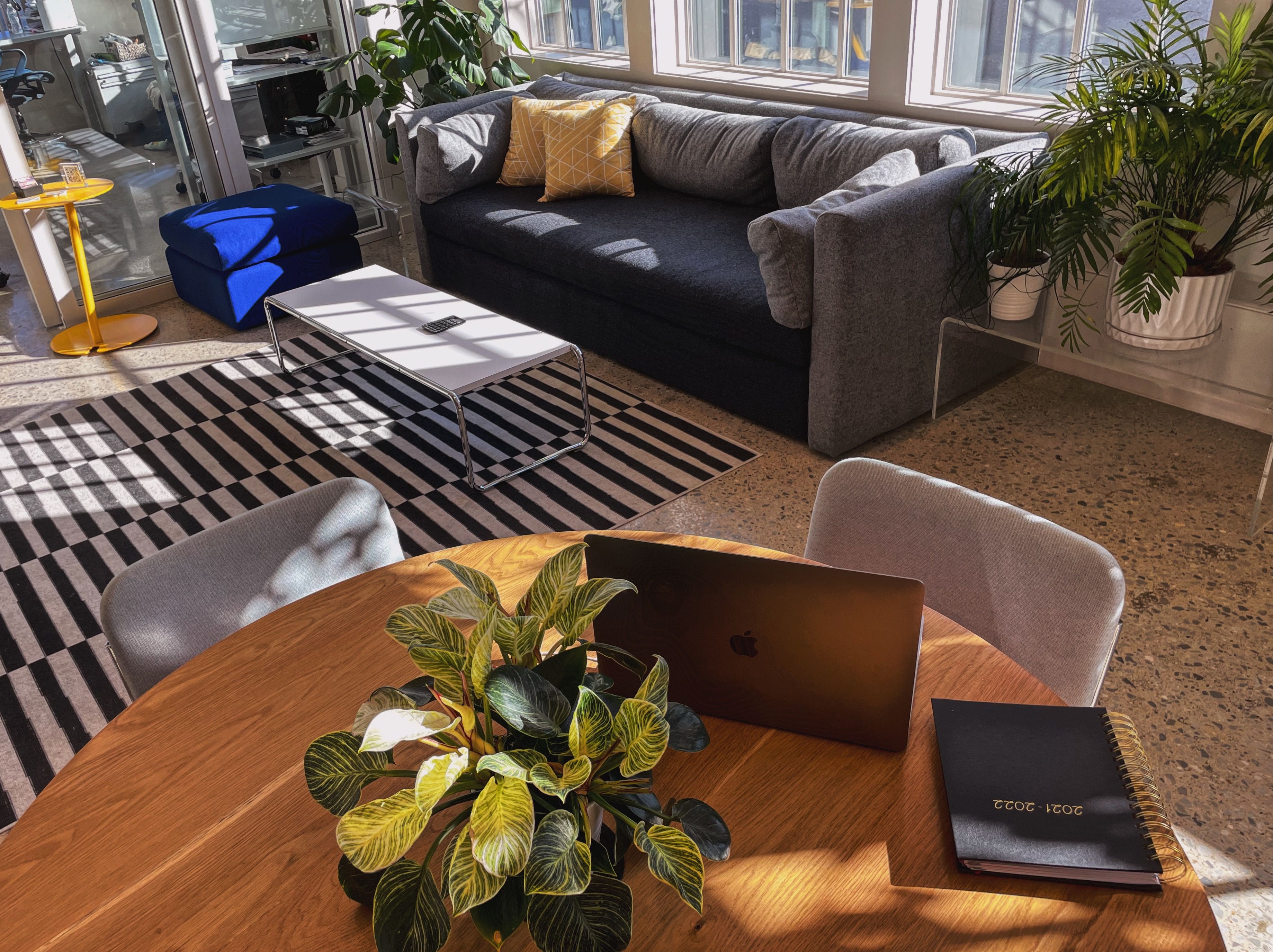 Like the Ozark bugs carrying their gems, the people of NWA make this region a better place together. The Ledger is coming later this year, but memberships and co-working spaces are available to book now. To become a member, or for more information about Ledger and its amenities, click HERE.