Fayetteville’s To Be Largest City Park Promises Sustainability And Opportunity

The City of Fayetteville is a world leader in the efforts of environmental sustainability, and the latest 50-acre park project downtown is no exception to the city’s goals. Construction on the Cultural Arts Corridor or, The Ramble, is currently underway with efforts to advance the city’s ecological and elemental care with sustainable means and ends, said Peter Nierengarten, the City’s Environmental Director and The Ramble’s project manager. The Ramble will be the city’s first large urban park, and though it will be similar to other parks in the U.S., The Ramble will stand out as a result of its attention to the surrounding environment. 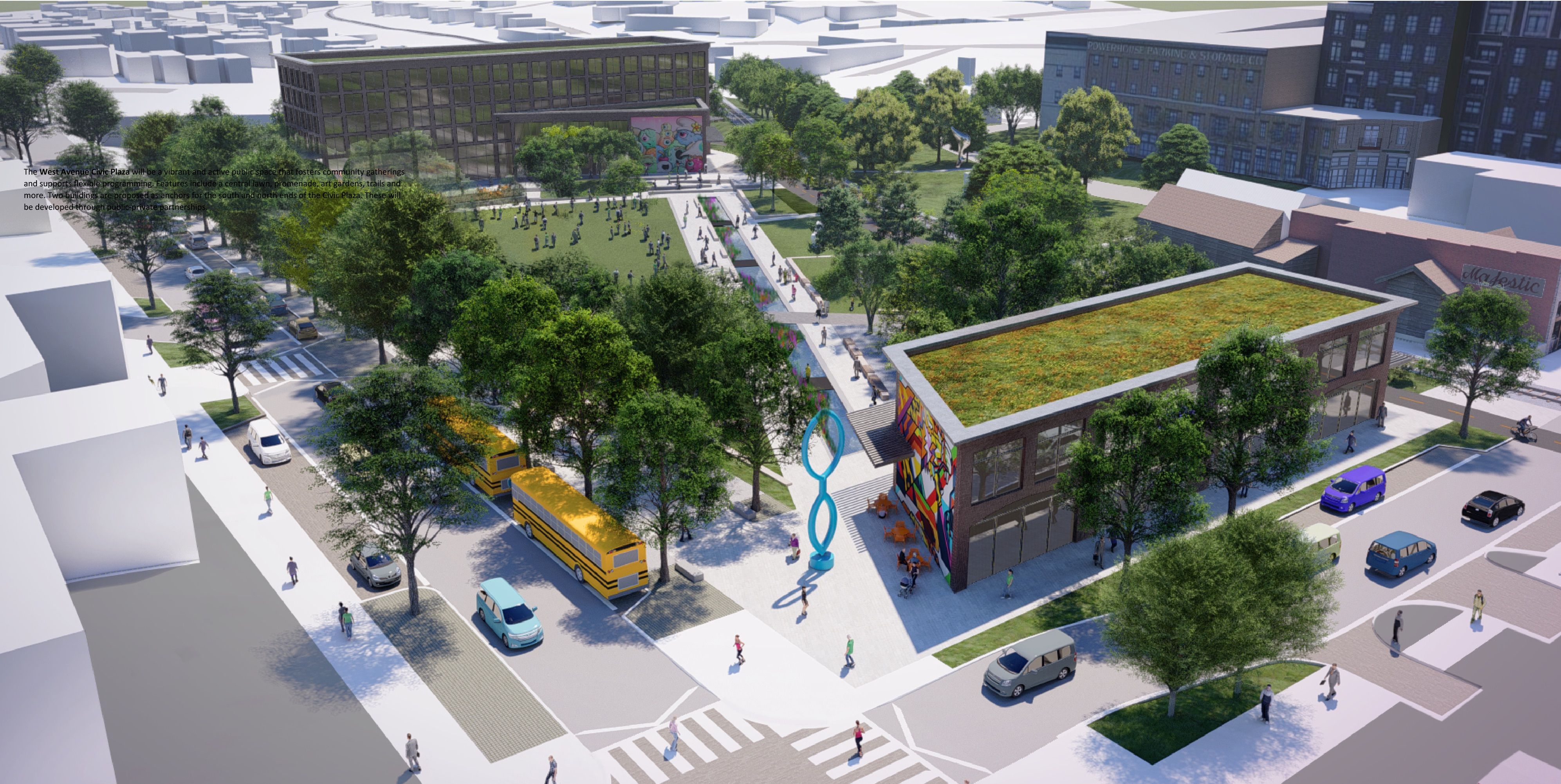 “It’s got a really strong focus on sustainability, low impact development, stormwater, and native ecology,” Nierengarten said. “And I think that will set it apart.”The Ramble will be the first in Arkansas to be a certified SITES project. The certification, according to The Sustainable SITES Initiative, determines that a landscape project helps “reduce water demand, filter and reduce stormwater runoff, provide wildlife habitat, reduce energy consumption, improve air quality, improve human health, and increase outdoor recreation opportunities.” 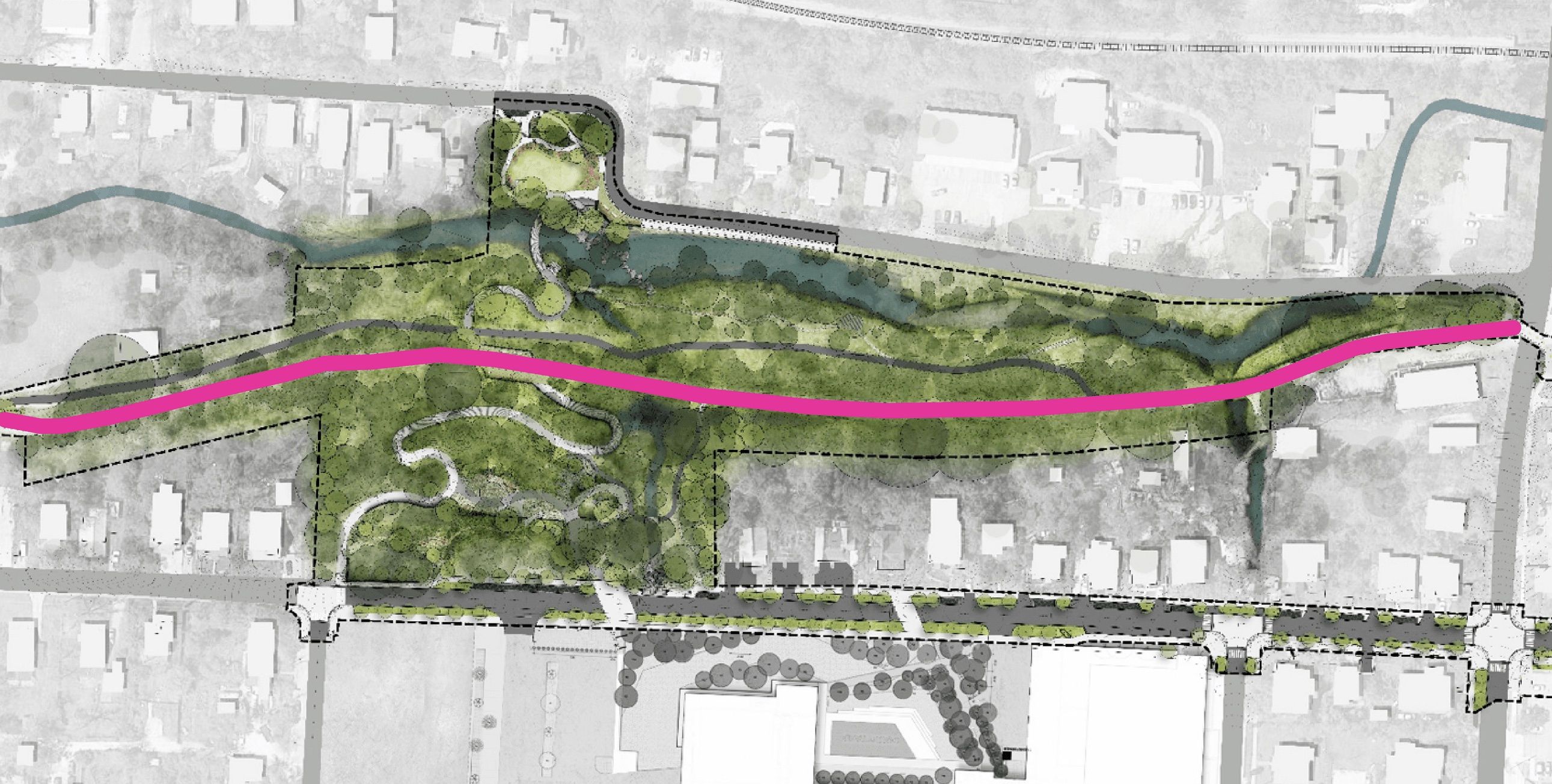 The Ramble will check all of these boxes and more as it moves along toward completion. The new outdoor public space will not only provide spaces for native plant species and stormwater storage, but it will provide opportunities for anyone and everyone who wants to come and celebrate arts and culture or enjoy recreational activities or events. Nierengarten said, The Ramble will be a flexible space for programming that could be used for anything from small-scale events to a 2,500+ person festival.

“The park will have space for downtown events including concerts and performances or festivals, starts and finishes for bicycle and running races, and everything in between,” Nierengarten said, “including when it’s not a programmed activity.”

The primary elements of The Ramble are the Fay Jones Woods, the Razorback Greenway, new streetscapes on West Avenue, a new parking deck on the corner of West and Dickson streets, and a new Civic Space on West Avenue. 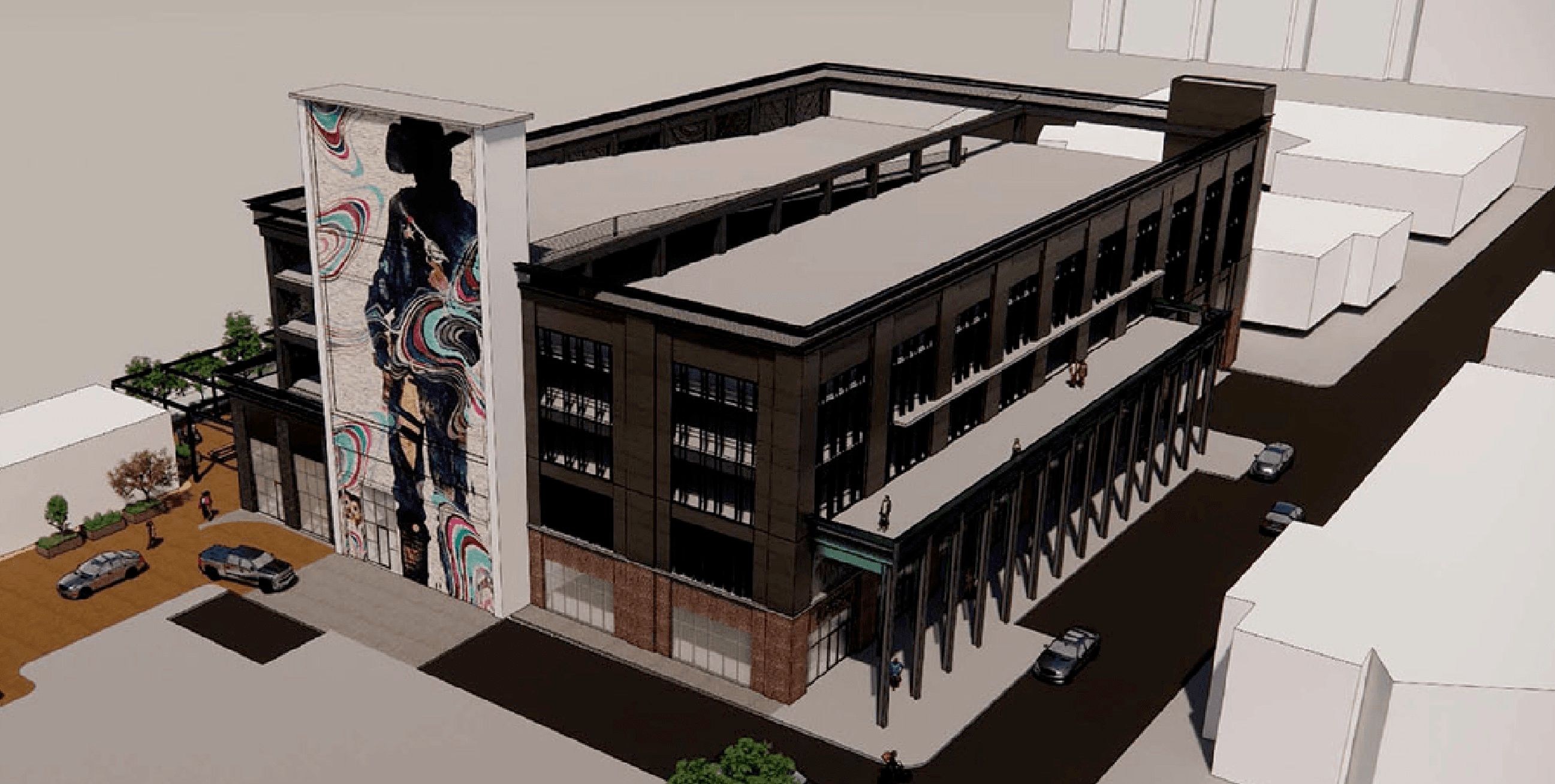 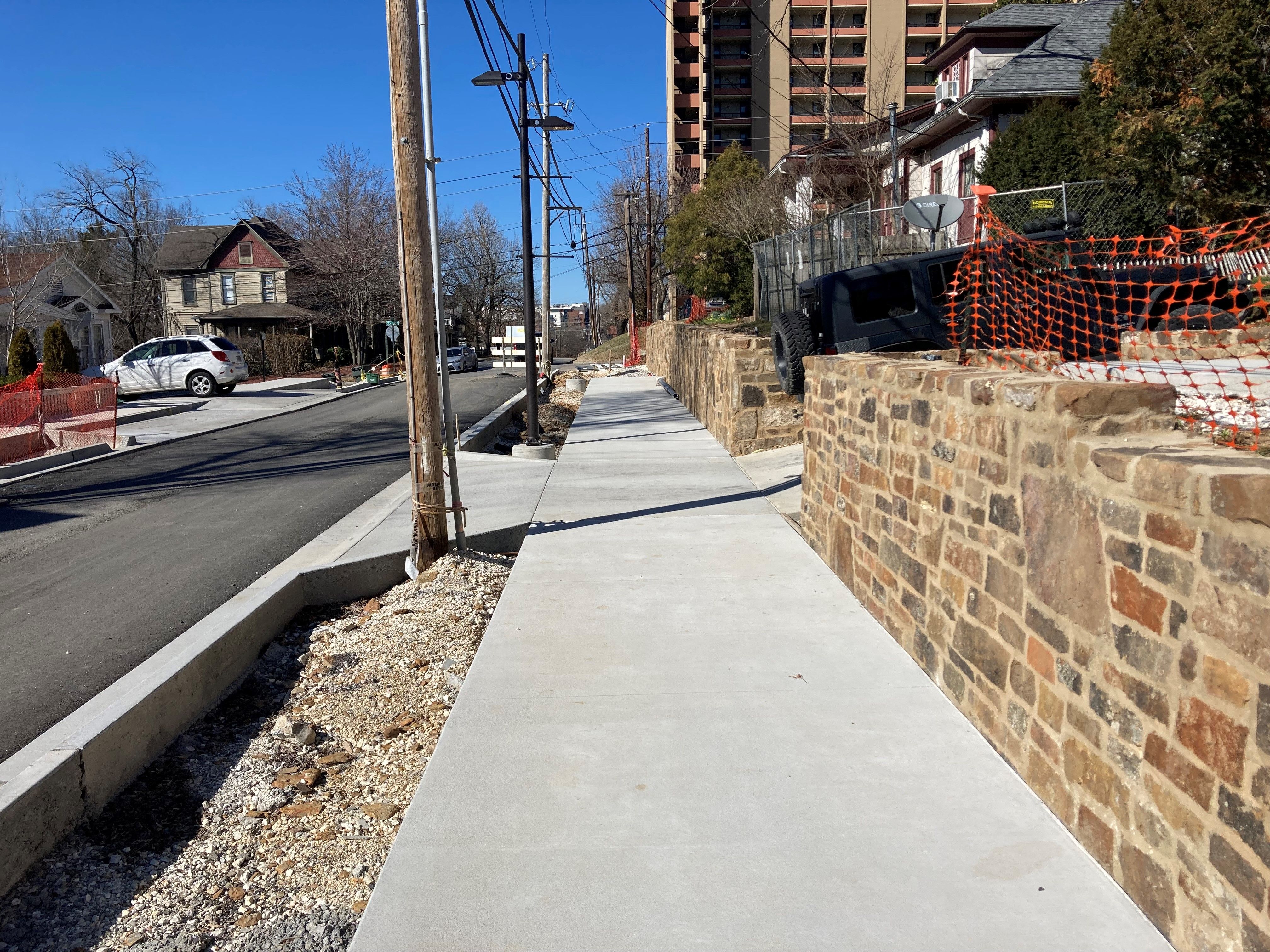 The improvements to the Fay Jones Woods will include the restoration of Tanglewood Branch Creek, which will be accessible to the public, providing a spot for cooling off in the hot summer months. There will also be new trails in the forest, gathering spaces, informal paths, and a boardwalk. The West Avenue Civic Plaza will feature a central lawn, promenade, art gardens, trails, and two buildings on the north and south ends that will be developed through public-private partnerships. Houses Inc. in Fayetteville has proposed one of the buildings be a four-story Food Hall. 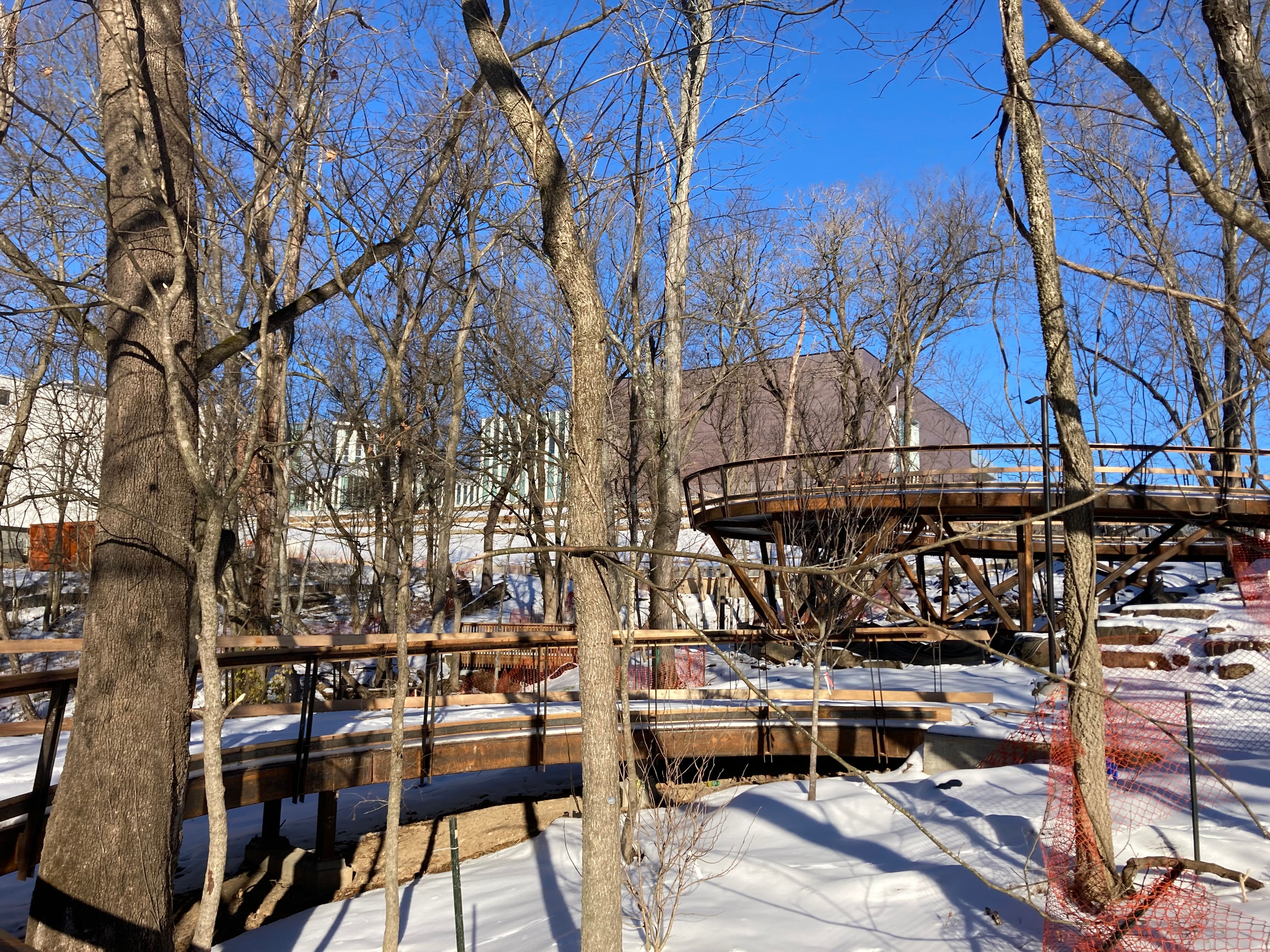 According to a press release, The Ramble’s name references “a full embrace of the journey” and incorporates the ideas behind the cadence of a directionless walk or bike ride, or a spontaneous conversation. The name also nods to an Arkansas-born musician and actor who hosted Midnight Ramble sessions in a barn on his property in Woodstock, New York, until his death in 2012. 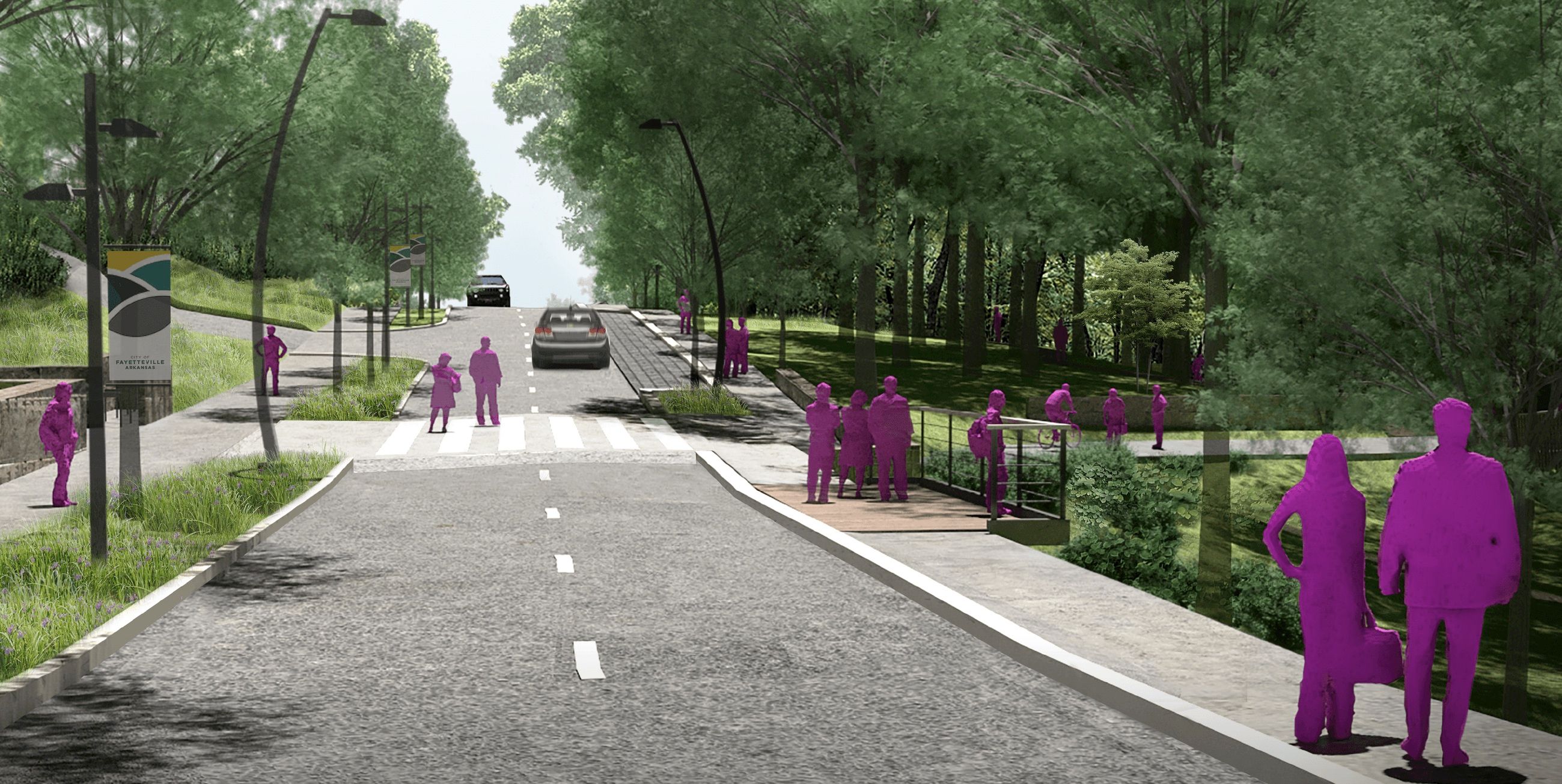 The Ramble is a project made possible by the Walton Family Foundation’s Design Excellence Program (DEP), which promotes high-level design in NWA. Nierengarten said all the DEP projects will complement each other, but The Ramble will “be an experience unlike anything else in Northwest Arkansas, from my perspective.” 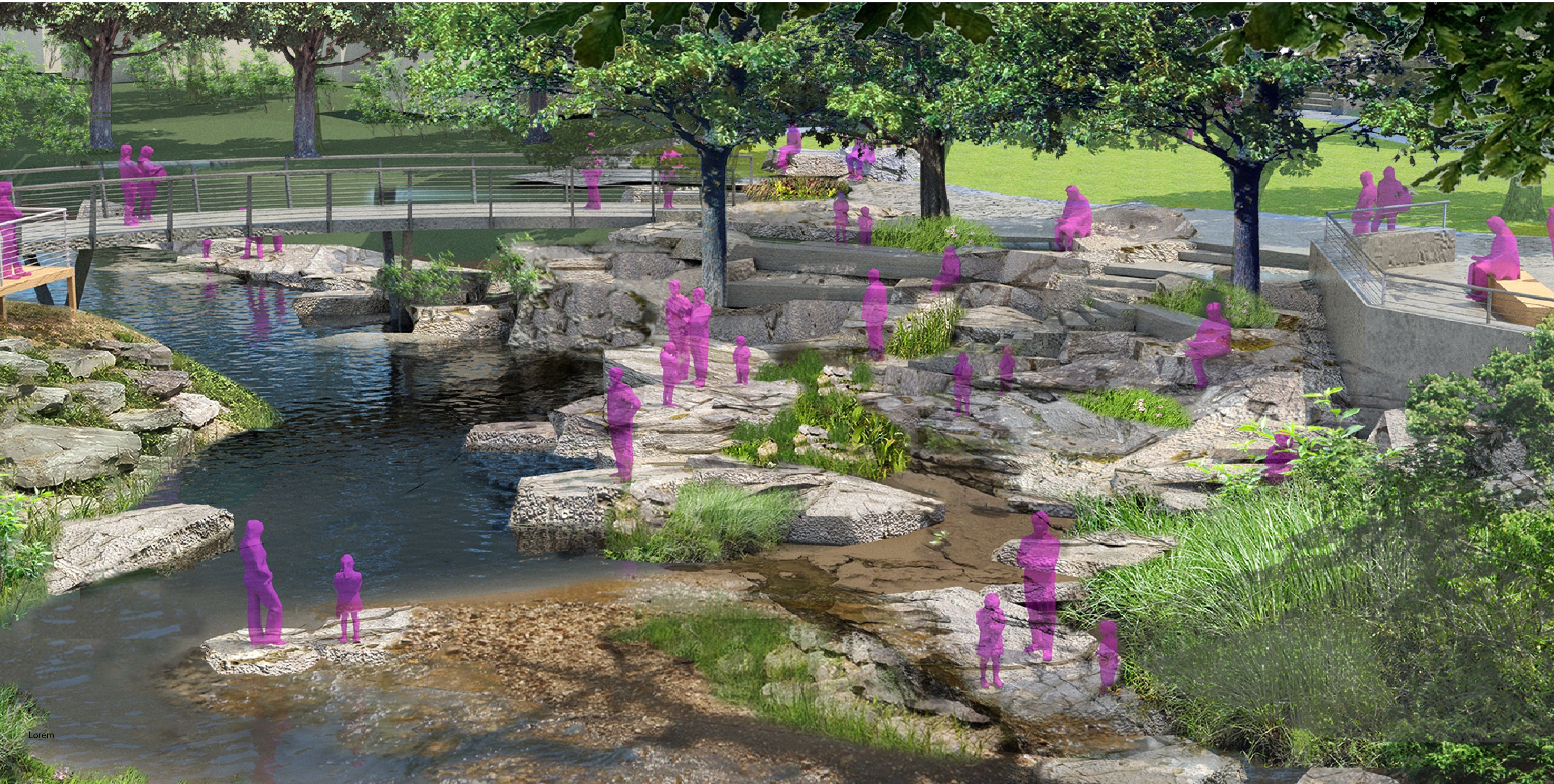 The Ramble is on track to be complete by March 2024. To see more about The Ramble and the timeline of the project, click HERE or see below.