There are a million ways to live life, and somehow, even more choices as to where.

Some would rather not fully commit to any single choice and opt instead to live life partially upon the ever-changing road.

Over the past ten years, the #Vanlife movement has taken off both on the streets and screens around the world. The hashtag currently has almost 12 million posts and thousands more are uploaded daily. A quick scroll through will show you everything from pristine social media influencers to dirtbag bohemian vagabonds.

It’s an eclectic group of individuals that’s as hard to uniformly categorize as they are to convince to sit still.

Yet that’s just what Vanarky in the Ozarks accomplished over the first weekend of November. Creatively outfitting vans and other vehicles into highly functional homes on wheels, these individuals make every inch count and take only the essentials along with them for the ride.

This is a flush alignment with our brand values, so we were happy to sponsor the event and send a team to spread the word about LIVSN. Those who went enjoyed some prime-time fall weather and learned a thing or two from people passionate about the outdoors, travel, and life. 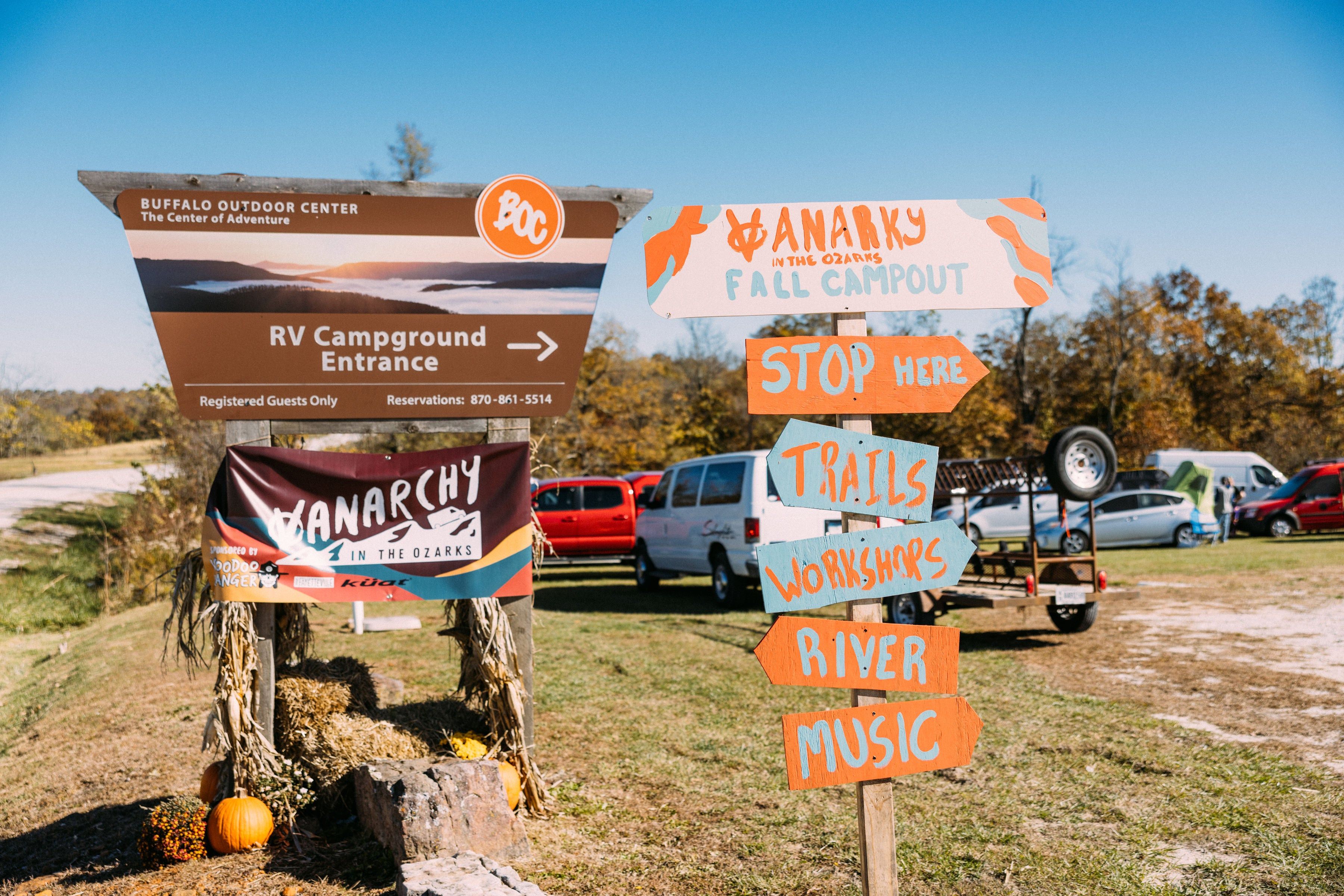 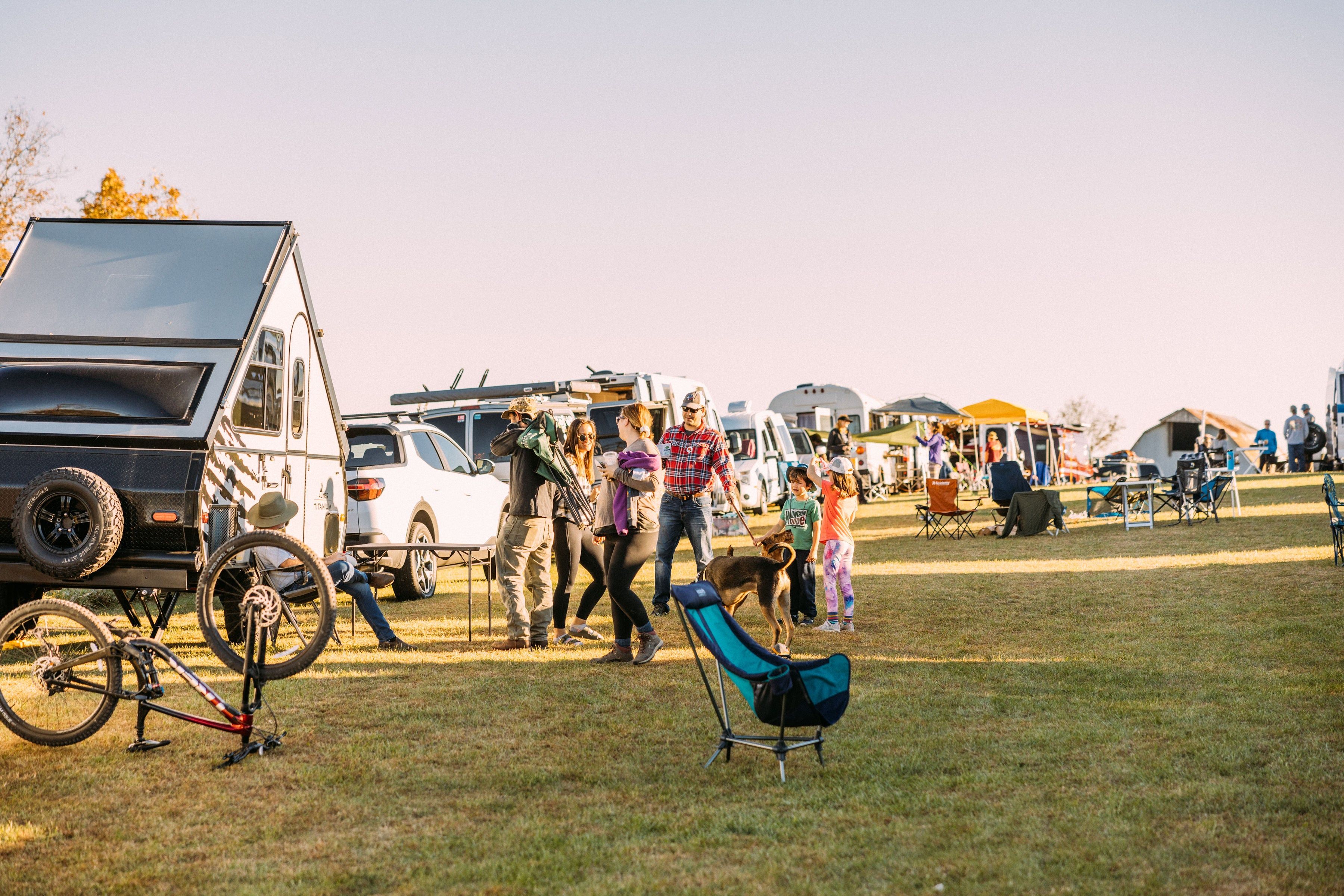 The What, Where and Why of It

Vanarky in the Ozarks is led by Candice Kozark, her self-styled title is Chief Vanarkist, and she spearheaded the effort to gather the van community all together November 5th-7th.

This was the third year of the event, and this time it was held in Ponca, Arkansas with over 80 vans and almost 200 campers reported in attendance. Workshops, live music, group bike rides and hikes kept all involved busy in the best way.

The Vanarky’s official mission statement is to, “build community and inspire adventure through engaging and flat out fun events for van-lifers, campers, and weekend warriors across the Ozark mountain region and beyond. Go where you want to be.”

Along with donating some of our signature Flex Canvas Pants to the raffle, LIVSN led a foggy Saturday morning hike through the Ozarks with locals and travelers alike.

While the original aim was to reach the Goat Bluff, attendees took a minor detour along the Goat Trail that instead culminated at Old Granny’s Henderson’s Cabin. It added a few more extra miles than originally intended, but spirits all around were kept high, even if legs and feet were sore later.

Stories were shared, lessons were learned and the group all walked away with a smile on their faces. 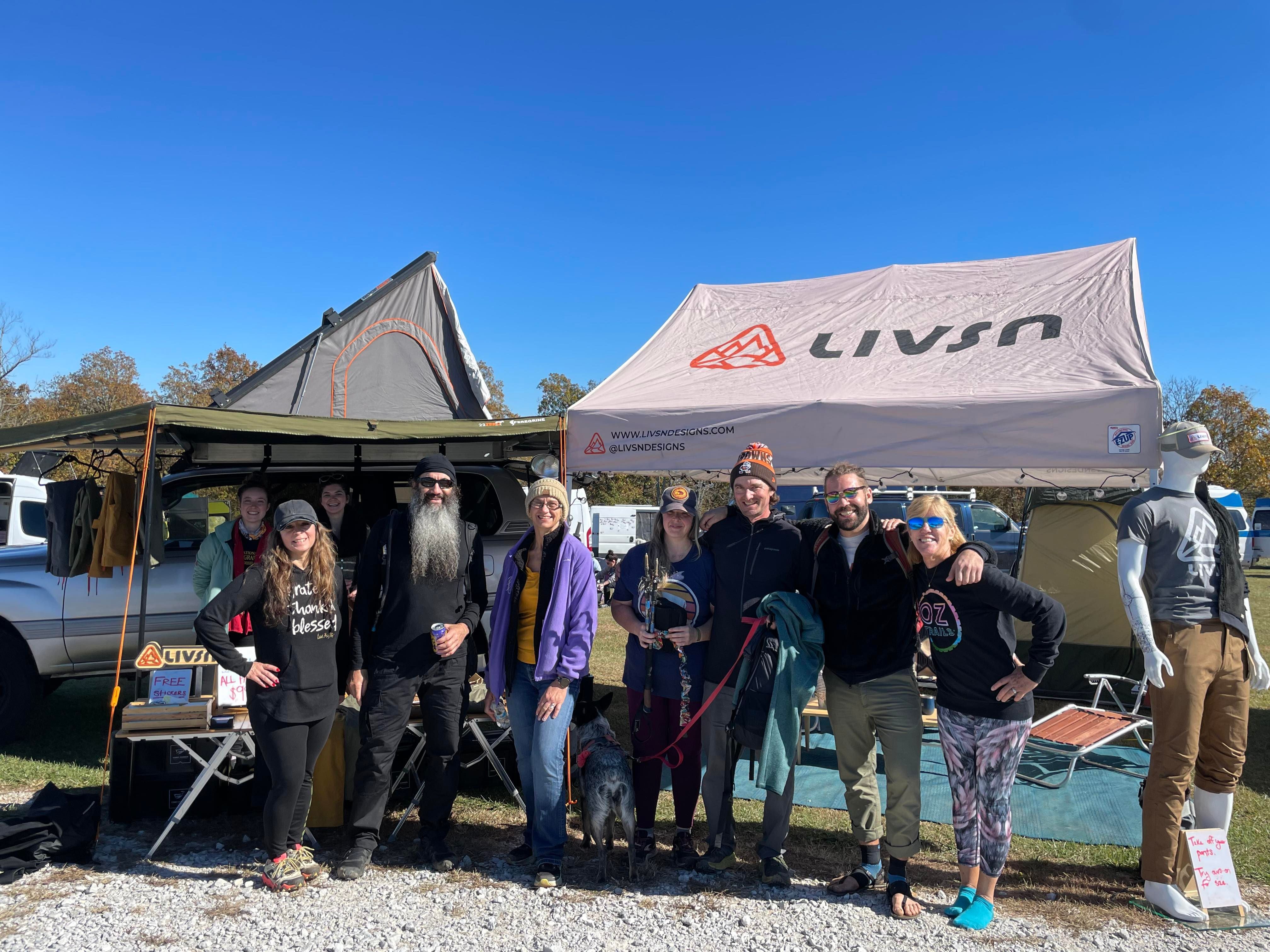 Aside from slinging some pants to van lifers at our booth, we enjoyed walking around the ground and checking out some insanely cool and creative setups. Here are a few of our favorites: 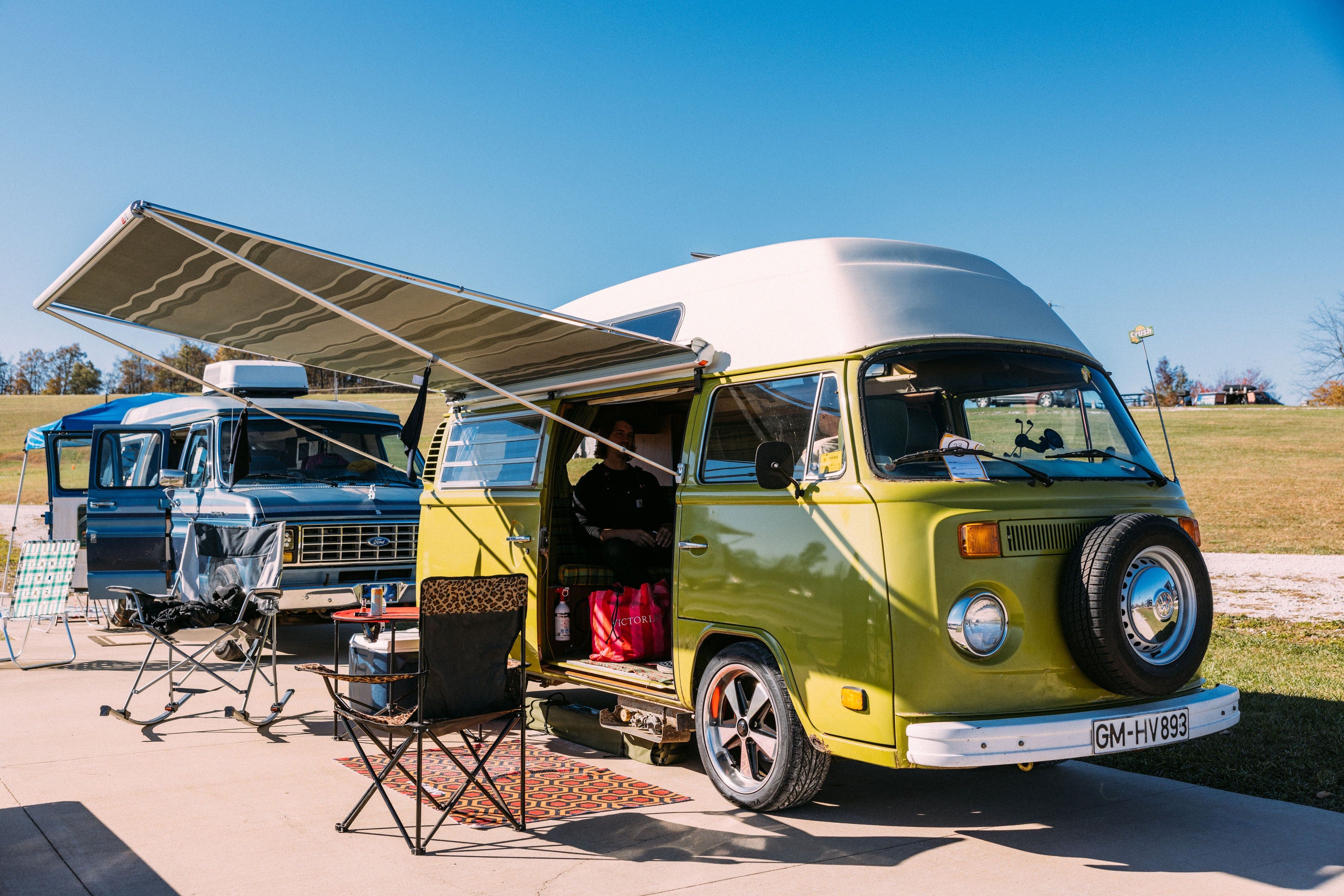 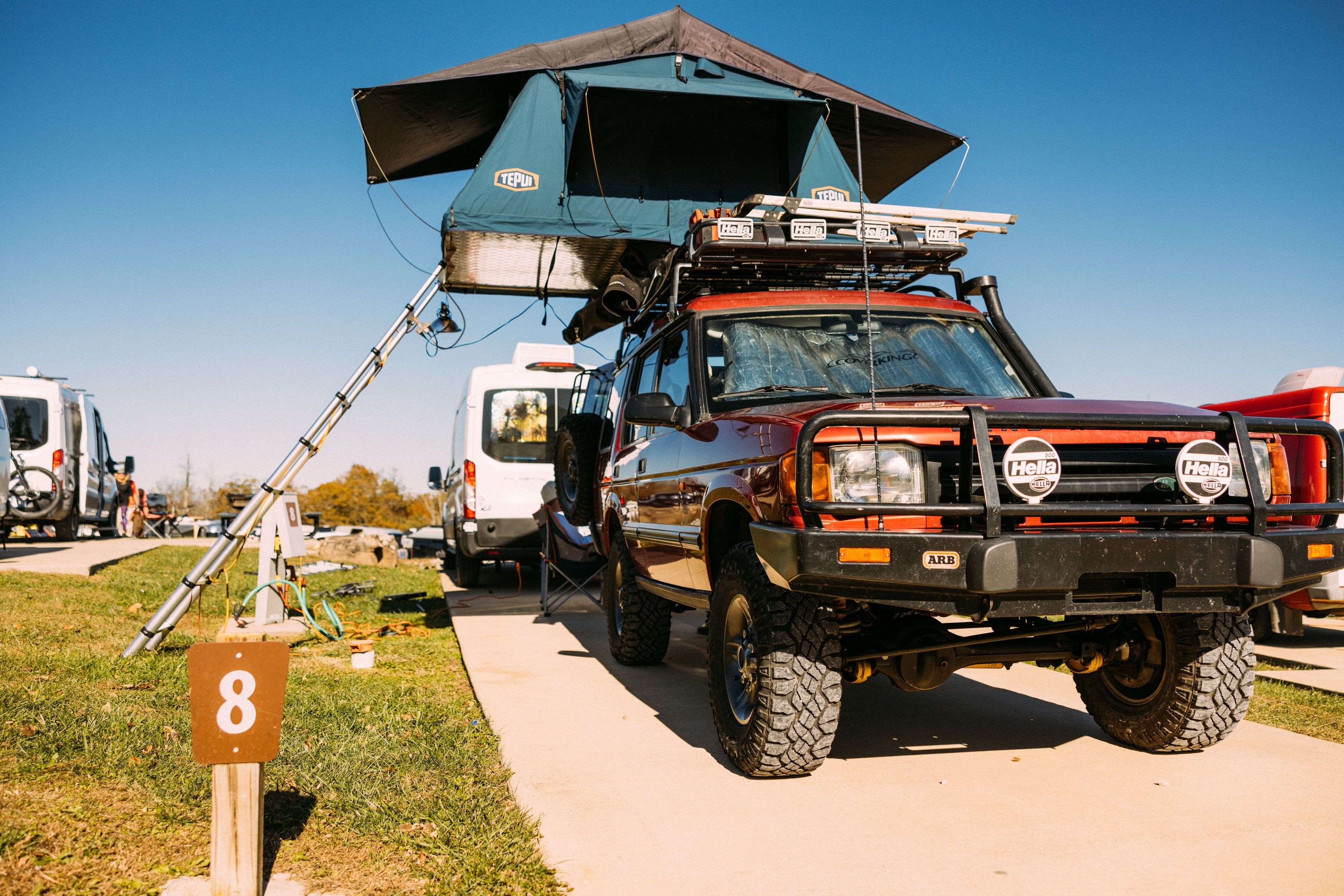 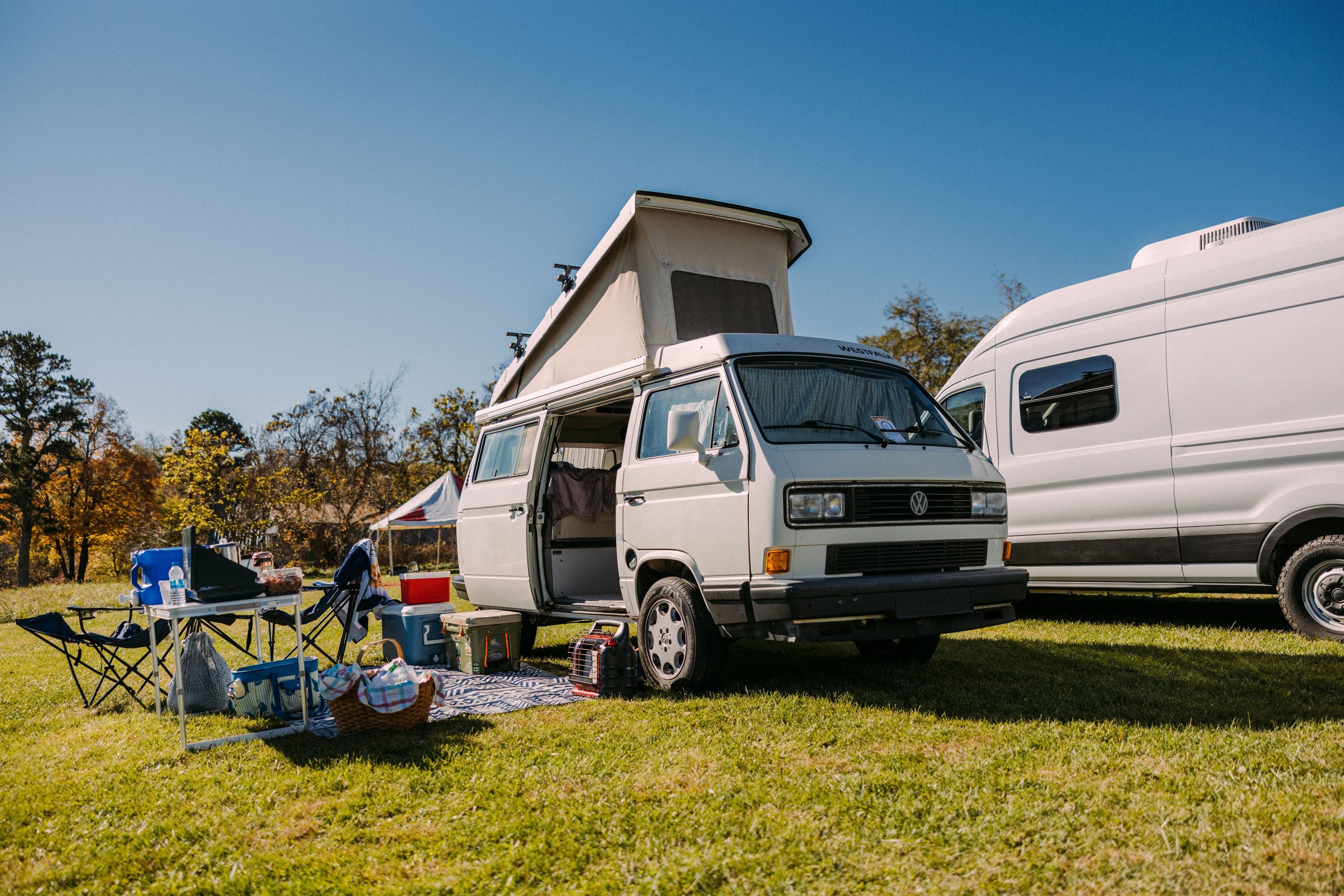 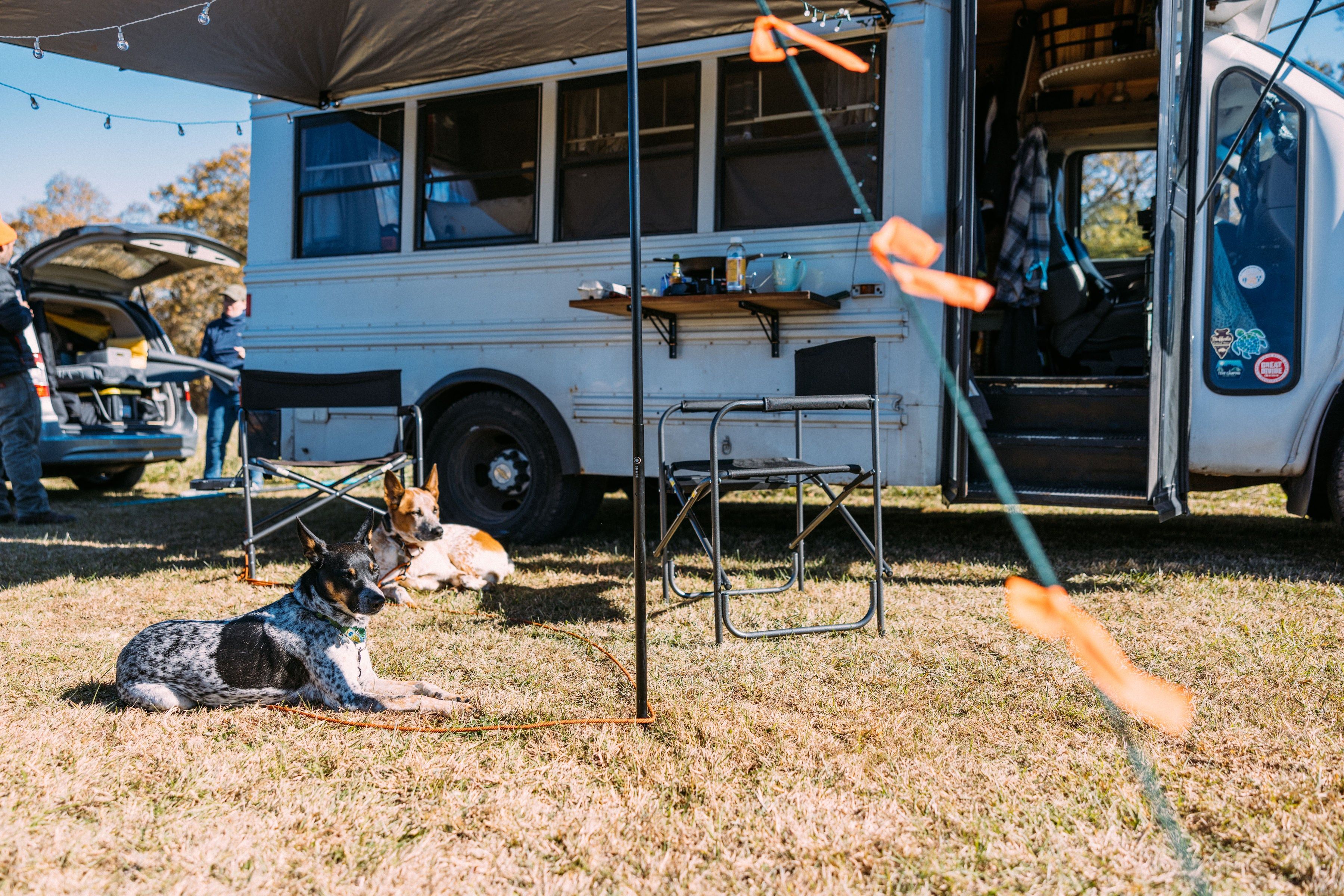 Plans are already in motion for the Spring 2022 meet-up, and the group shows no sign of slowing their wheels down. Whether you have a full van life rig or just a tent in the closet, all are welcomed and encouraged to come visit. 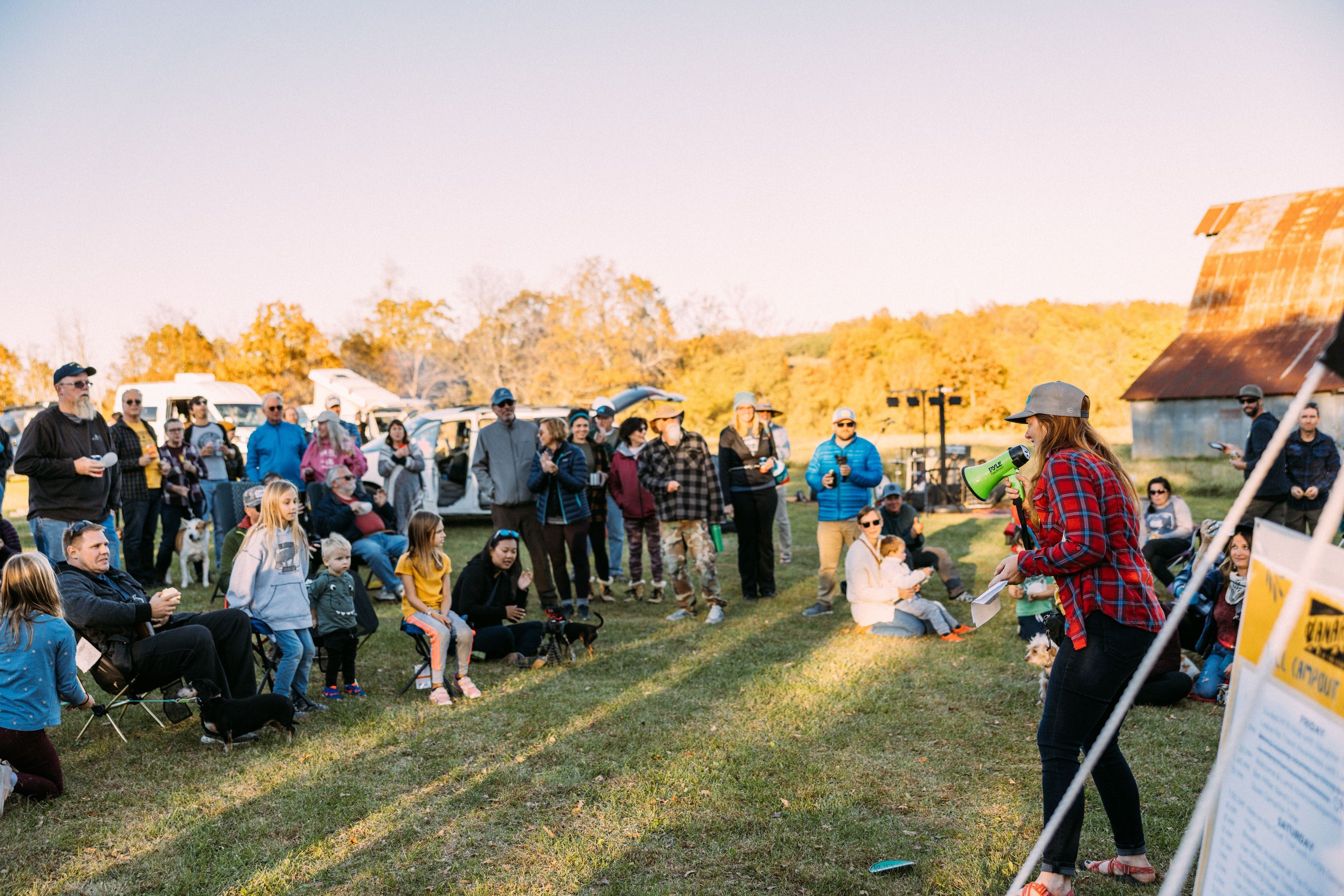 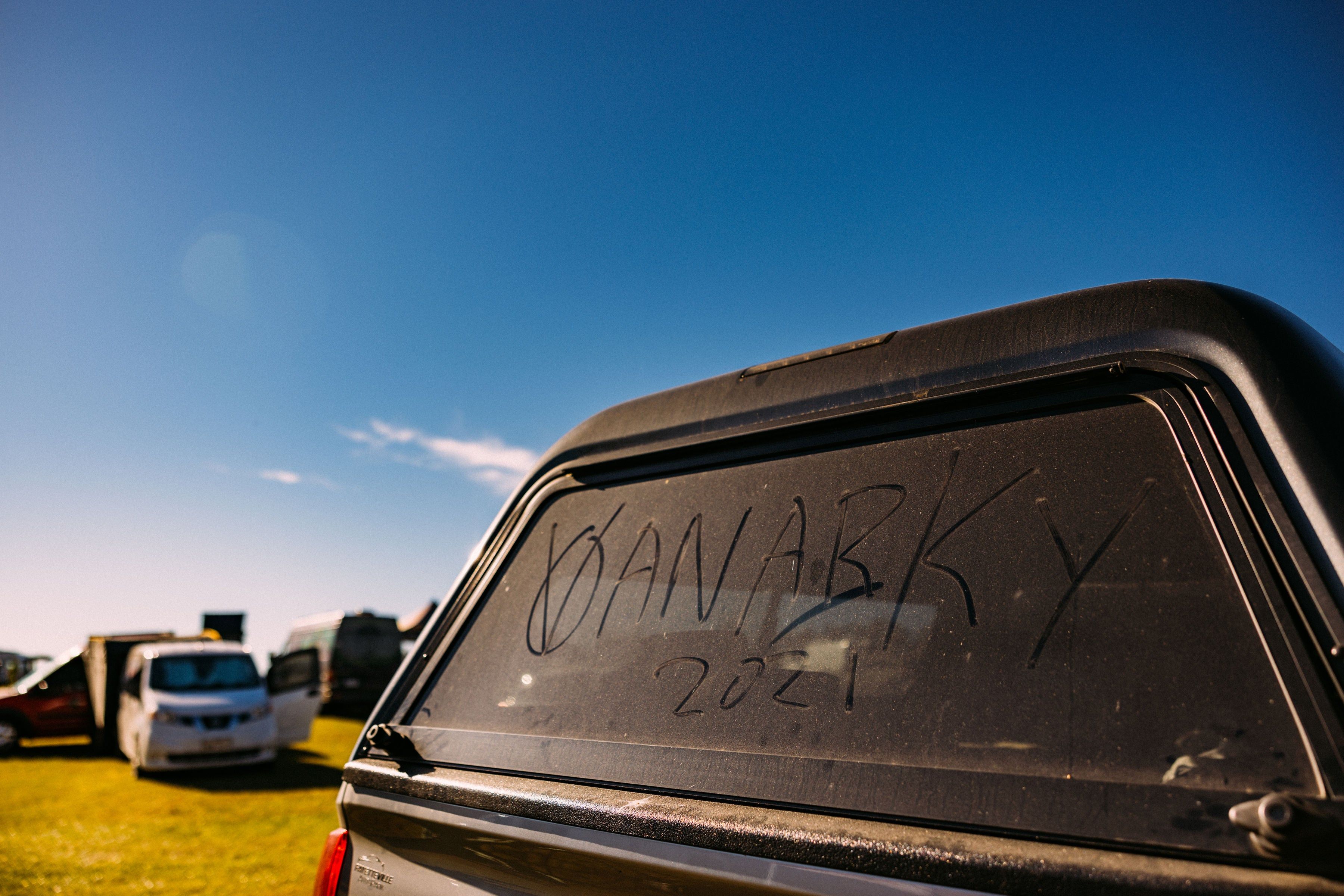